I have long admired Eric Larsen - not just for the crazy things he has accomplished - but for the thoughtfulness behind each expedition. In a conversation just after his unsupported and unaided trek to the North Pole that is now considered likely the last time anyone will ever accomplish such a feat, he said something that has continued to resonate with me on a very personal level. As everyone races to be the first or fastest or tallest, what does it mean to be the last?

The trip was documented for Animal Planet and is the subject of his recently released book that demonstrates the utter loneliness, isolation and, at times, fear experienced in what has become likely the last such expedition... ever. With the polar ice breaking up at an exponential pace, the shifting ice and growing leads, such exploration simply becomes impossible. And with the loss of the only outfitter flying in and out of the area, any future expeditions are likely to fail even before they get started.

ALLIED’s creative director, Matthew Betcher, had the honor to sit down with Eric in a nice warm place (he hates to be cold which is perhaps why he has become an ALLIED athlete and down ambassador) to discuss this trek - now the subject of a new book - and how he prepares physically and mentally for venturing further and further into isolation.

MB: As an explorer, it’s your job to end up in remote places. How do you deal with being both physically and emotionally isolated?

EL: Being alone is something that I’m surprisingly good at. When I was younger, I would purposely go out on solo camping trips just to have quiet time to reflect and absorb my surroundings at my own pace. On big polar and mountaineering expeditions, we are hundreds of miles from any other human beings. While we travel as a group during the day, it is still very much an individual experience. In one sense, being in these big places all alone is easy for me. At the same time, it’s very hard to be away from my family for such long periods of time. It’s difficult to know life is going on without you and I’m missing some of my kids’ milestones. Time and distance can be your enemy in these situations. There is also the additional stress of simply being beyond help at certain times. Knowing that if something goes wrong, we can’t get rescued adds both a physical and emotional burden. You learn to deal over with these things on a case by case basis, but it’s never easy.

Still, isolation has some beautiful lessons to teach: very quickly what is important in your life and what is superfluous.

MB: How do you prepare for these long periods of isolation?

EL: Being alone is an abrupt change from ‘normal life’ and day one of an expedition (when the plane leaves and you are truly alone) can be very intimidating and overwhelming - especially when you know that your isolation will last for nearly two months and you are leaving behind nearly everything that you love and provides comfort. It’s hard to prepare for that feeling. However, everything that we do leading up to an expedition is critical to being in those remote situations. Choosing and testing equipment, researching routes and logistics, planning a filling and nutritionally balanced menu, developing and honing travel skills, training trips... All of these elements are critical components of being comfortable on your own. 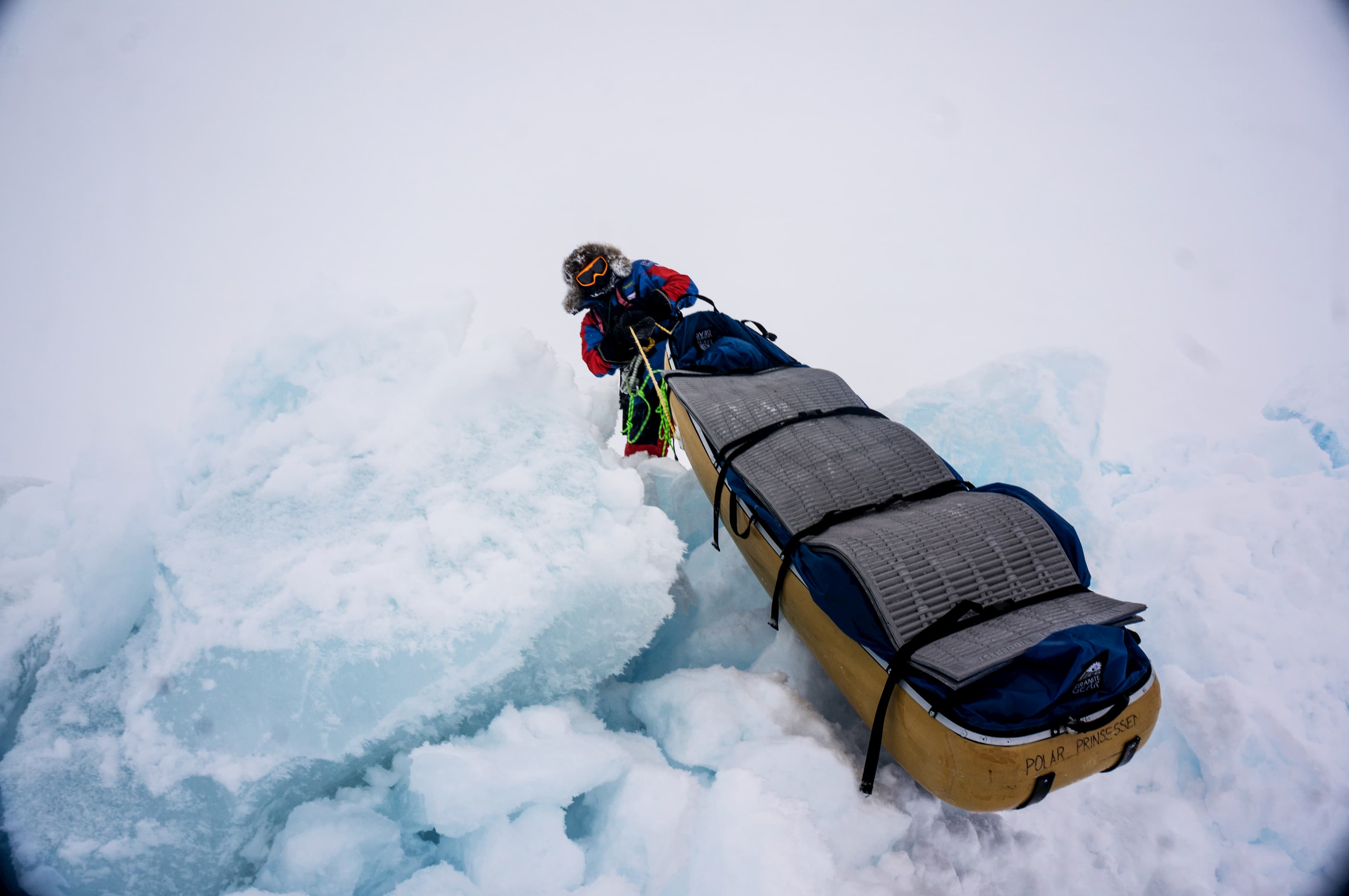 MB: How has technology changed the way that you not only look at what is critical, but perhaps redefining what is critical? Has it aided exploration in further isolated areas?

EL: Overall, gear has gotten lighter, more durable and more reliable. Today, we are able to travel farther with less. Despite that however, I use more down products today than I did 20 years ago. It remains and the lightest and warmest insulation.

Navigation and communication have become 100 % more reliable and easy to use. Again, we can do more with less. We require less redundancy and, can power electronics with lightweight solar panels (most times). As a result, we tend to be more confident going into uncertain conditions, knowing our equipment will work in all conditions and circumstances.

My adventures, though, are still human powered so from a physical standpoint, skiing to the South or North Pole is not much different than it was 100 years ago!?!

MB: In your last trek to the North Pole documented brilliantly in your new book, there seem like there were times where you are running out of food, time, and will. To me, this seems like the definition of isolation. How did you and Ryan gather the energy to carry on and continue to reach your destination?

EL: Our 2014 unsupported and unaided North Pole expedition was easily one of the most difficult things I’ve ever done. Every day there was always some new obstacle in the way. We were exhausted, scared and overwhelmed most of the time. It would have been easy to give up. To continue, we relied heavily on one another to split the workload. We also did a lot of goal setting - setting shorter objectives while still working on getting to the North Pole. It was hard to make one plan for the entire expedition. We were constantly fine tuning our strategies to keep moving forward. Being committed was also crucial - we were there to give it everything we had, no matter what.

MB: This trip has been talked about as being the last time anyone will ever be able to complete such an exploration. Is this something that you were conscious of when you and Ryan were planning it? How did that affect how you prepared?

EL: I was very aware of the changing Arctic Ocean sea ice conditions and the potential that our expedition would potentially be the last ever land to Pole expedition. From my first (summer) North Pole expedition in 2006 to 2010, I had already witnessed changing conditions. Additionally, from 2011-2013, there had been no successful expeditions - and two of those years - no one was able to reach northern Ellesmere Island to even start their expedition due in large part to increasingly variable weather in early March because of climate change. I knew that we might be delayed over a week. Therefore, we made the decision early on to contract with our logistics company, Kenn Borek, for a Twin Otter (plane) pick up at the North Pole. This would allow us a little longer time frame to finish our journey (into May) vs flying out via the Russian temporary ice camp which runs until April 22nd. Ultimately, this meant our expedition would incur nearly double the logistical costs which were already astronomical to begin with. After that, knowing we had limited time, we focused on trying to save as much weight as possible. However, that’s easier said than done when you’re carrying 50 days of food at an average weight of 2.2 pounds per day.

MB: At a certain point, with aided communications, tracking and overall resources, it seems like there will come a time when exploration becomes more of a sprint to be fastest. But in light of the changing environment, where does an “exploration” like this fit in? Is this the new
“exploration” perhaps? It’s cool to say you are the fastest or first to accomplish a goal, but to be the LAST one to do something is quite profound. It almost is the antithesis of the traditional concept / definition of “exploration.”

EL: I think the definition of exploration is changing and the leading edge of adventure is focused more on ‘how’, or style in which the effort is made versus the actual location. Realistically, trying to do traditional adventures in harder or faster ways is part of pushing our human capacity to achieve.

That said, there is another dramatic shift that is occurring in adventure right now and it is not as Mallory put it ‘because it’s there’, but rather because it might NOT be there in the future. Imagine if Mt. Everest were bulldozed off the face of the Earth. That’s what is happening in the Arctic Ocean. Scientists estimate that the Arctic Ocean will be ice free in the summer time in as little as 25 years. Ice, cold and snow are going the way of the passenger pigeon. It is sad to know that this incredible adventure most likely will never be possible again.

MB: This really is “exploration” in the new paradigm.

EL: Ice is definitely an endangered species globally. If you think of a perennially cold place, the conditions there are most likely rapidly changing for the worse. 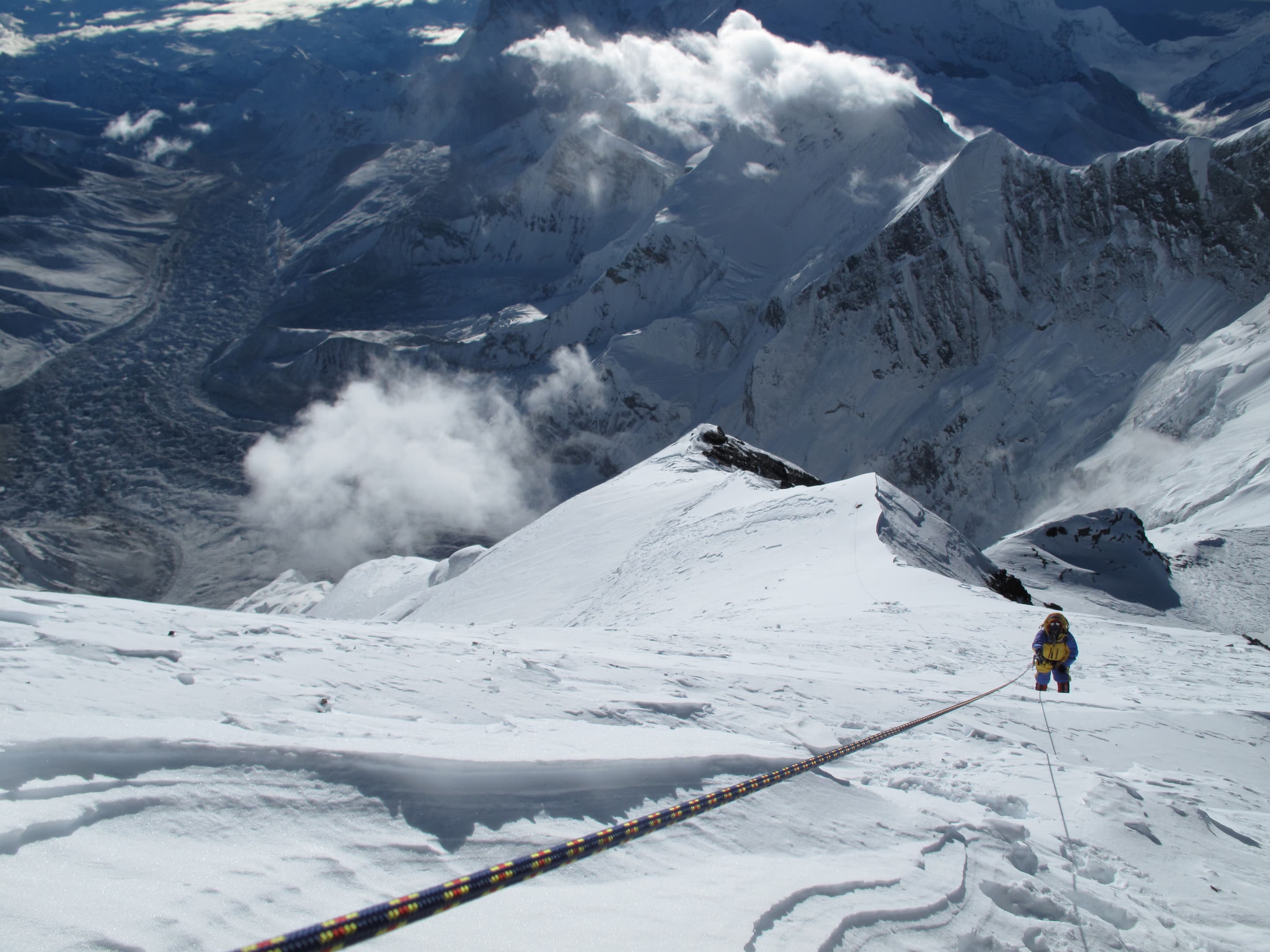 IN THE RACE TO BE THE FIRST, WHAT DOES IT MEAN TO BE THE LAST?

MB: And I am curious... to you, what is more important / significant... the journey itself? Or accomplishing the goal?

EL: I love this question! At a certain point, polar travel is completely arbitrary. There is no marker or land at the North Pole. The ice there looks like all the other ice in the Arctic Ocean. I really like the process of planning, preparing and executing an adventure - especially something that hasn’t been done before. A long expedition is like a chess game and you have to play each moment very carefully because what you do on day one or week one can have a huge impact on your chances of success. In this sense, the end is only important because it defines the journey. Of course, standing on the top of mountain or accomplishing something that is very difficult can be a very fulfilling moment as well.

...but moments are fleeting and the process, for me, is still ongoing. ⬩

Eric recently published a book on this trek titled, On Thin Ice, An Epic Final Quest Into the Melting Arctic, which can be found on Amazon.com. 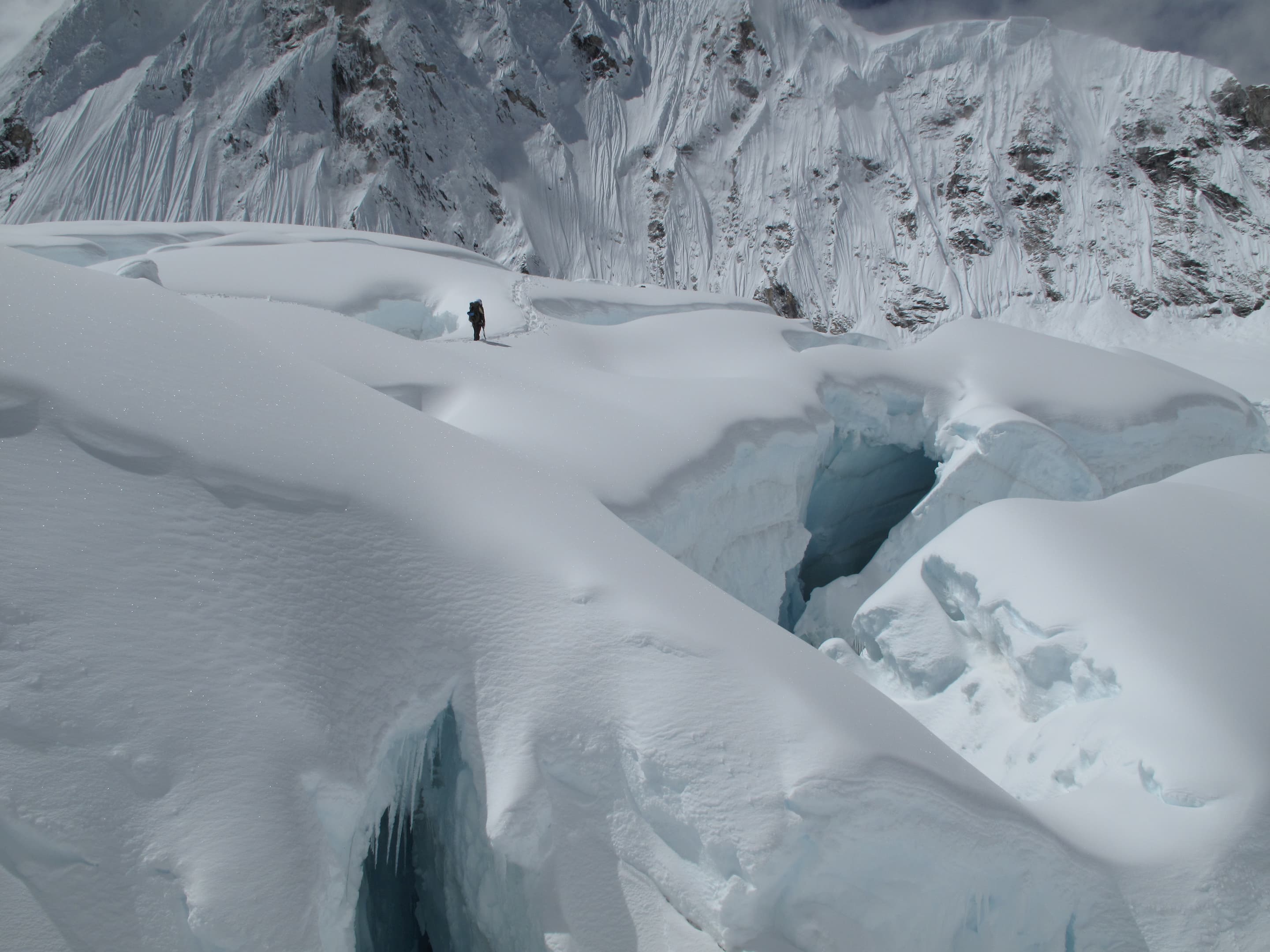