Here, Elders have tales as tall as the icebergs that used to haunt the fisherman out at sea. Ice flipping and turning without warning, the waters were a dangerous place to be 50 years ago. Full of salmon, halibut, octopus, seals, crabs, and sea otters, the waters were necessary for life, and so the men braved the icy seas. The icebergs have melted, but the winds have stayed just as fierce and unpredictable.

There used to be more snow. Tales wisp across the streets of mid-November weddings in which the bride had to walk through a snow tunnel to her own wedding. Tales of bounties of berries that you had to fight the bears to get to, now less plentiful since the snow has become less of an annual visitor. (Though the bears remain here in the densest population in the world.)

Chichagof Island sits along the Icy Strait, and Hoonah, right on the edge of the island. The Tlingit Native Americans have been here for an estimated 14,500 years. Kicked out of Glacier Bay the first time because the glacier Costine called to destroy her own tribe thousands of years ago, and then again more recently by the National Park service. The Tlingit have been between here and there, living off the land and sea as the waters remain just as vital for life as they ever have been. Resilient to the harsh conditions that has made Alaska the illusive badlands it has grown the reputation to be, those willing to stay and brave the storm are rewarded with an isolated paradise ripe for sustainable living. 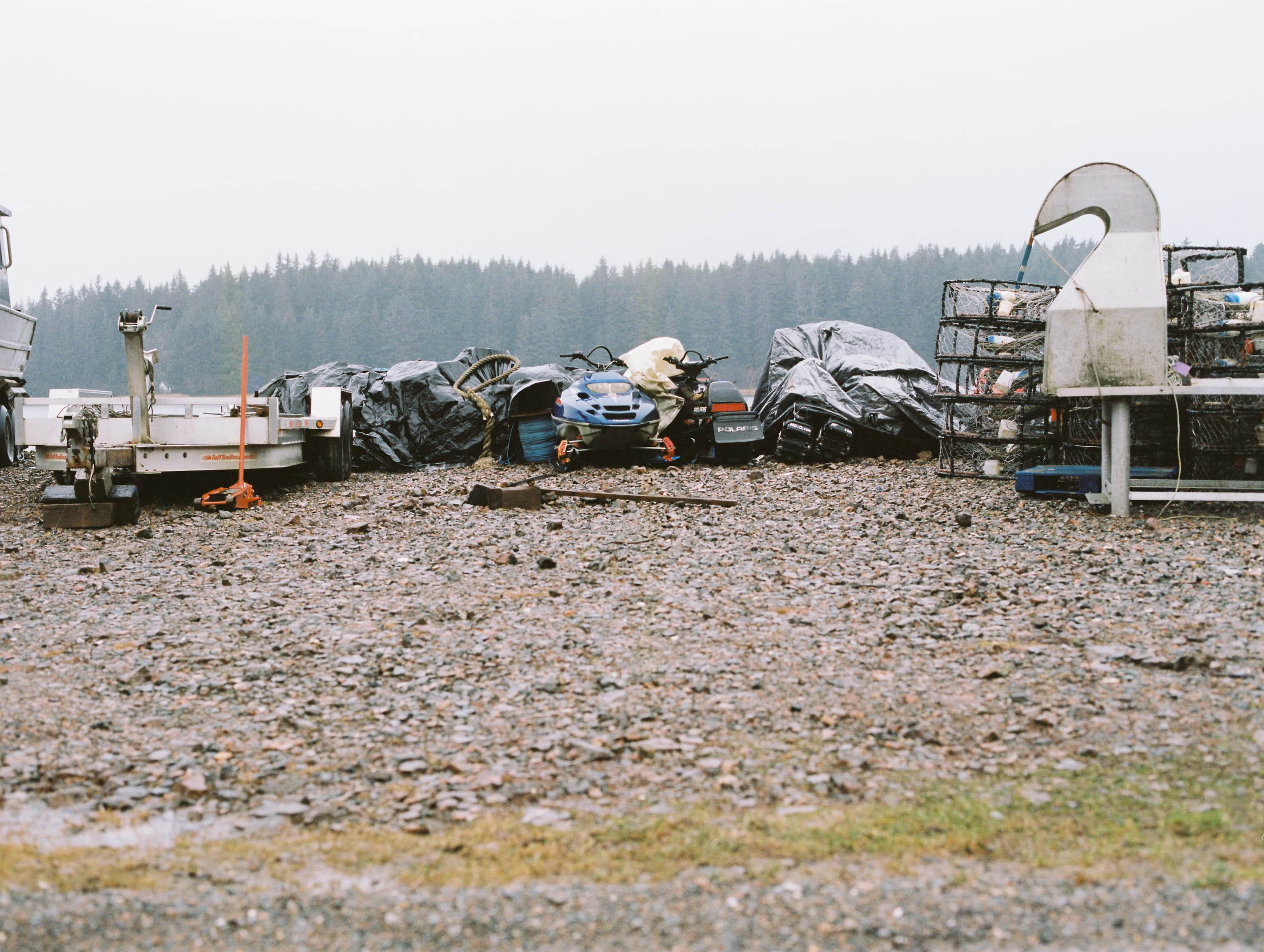 The Elders are teaching the younger generations of all the things that can be consumed and has a purpose. The goal is to build a strong community to help keep tradition; coming together to stay isolated from commercial dependence. As a return for the knowledge, the youth harvest deer and gift it to the Elders to give them food for the upcoming winter months.

Hoonah is a special place. With the fog coming out of the hills, reminiscent of smoke from long ago, the harsh landscape has an accompanying story of resilience to the conditions. Totems have stories of rising out of creeks as protective forces over the people. The history is rich. The culture struggling to stay alive amongst modern progression. High schoolers learn the native Tlingit language, veterans who have gone off to war have come home to Hoonah and perform dances and ceremonies. The Elders say the children now speak the language better and sing louder than they do. 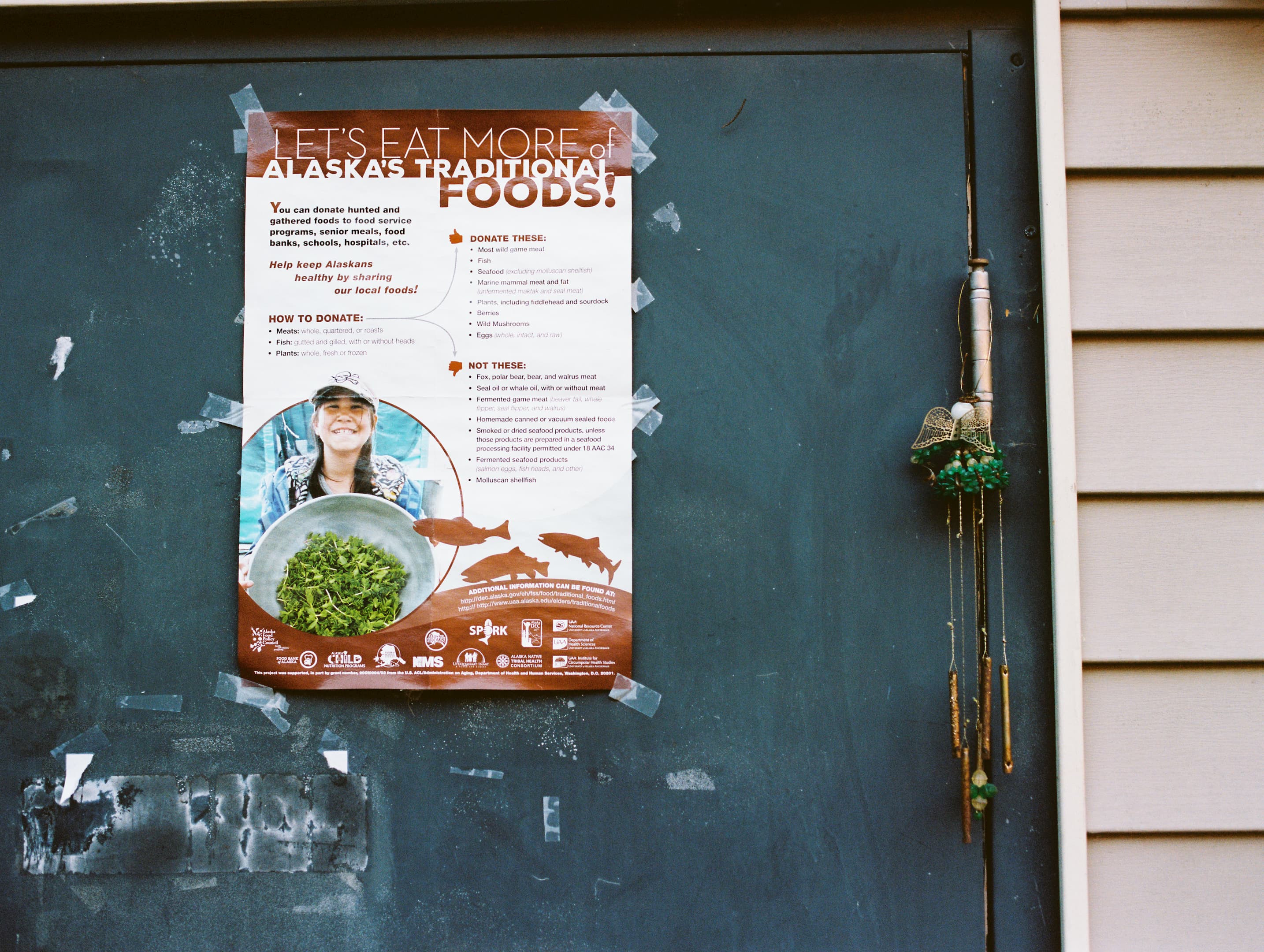 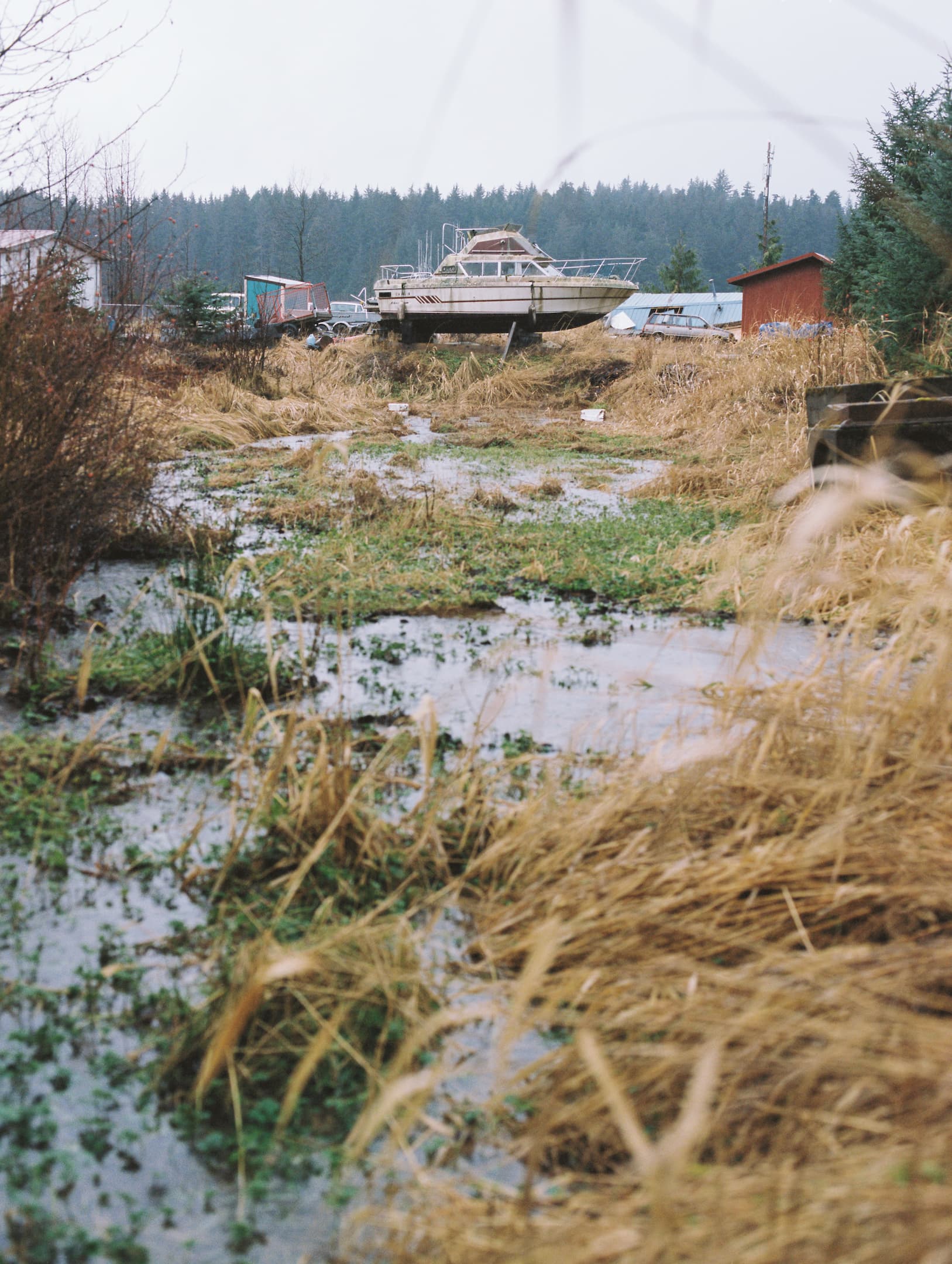 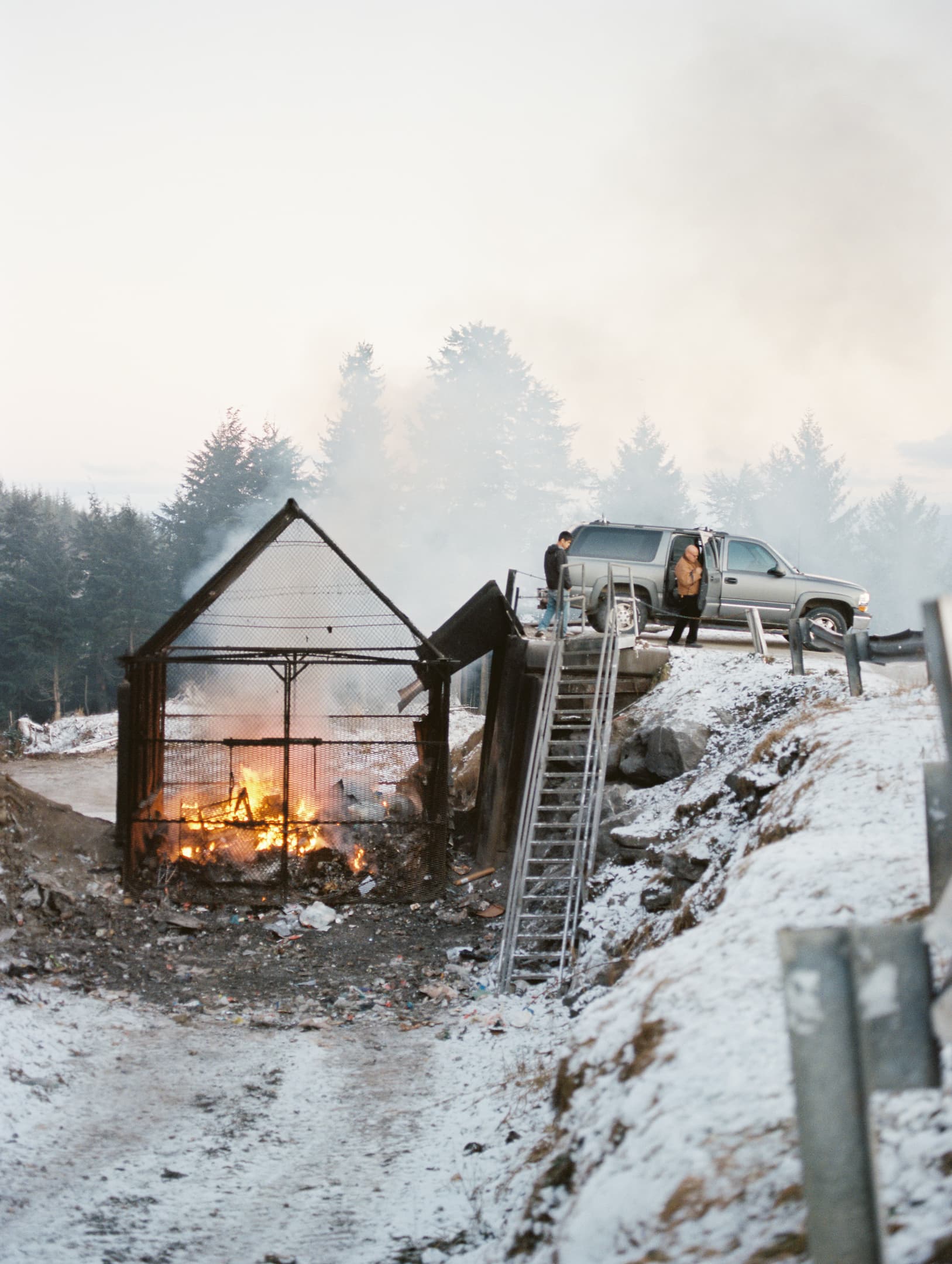 This small town has roads that end, forcing you onto a boat or plane to leave. Within this isolation, however, there is a greater community. A community that comprises of many other small villages in Southeast Alaska, working together to preserve culture, with a rich spoken database of where to hunt and what can be harvested. Programs are being developed to communicate with one another clearer and also to become completely sustainable by using strictly renewable resources. There is hope that with this, the appreciation for the land and the sea can continue, and the community can come together to continue to stay isolated just a bit longer. ⬩ 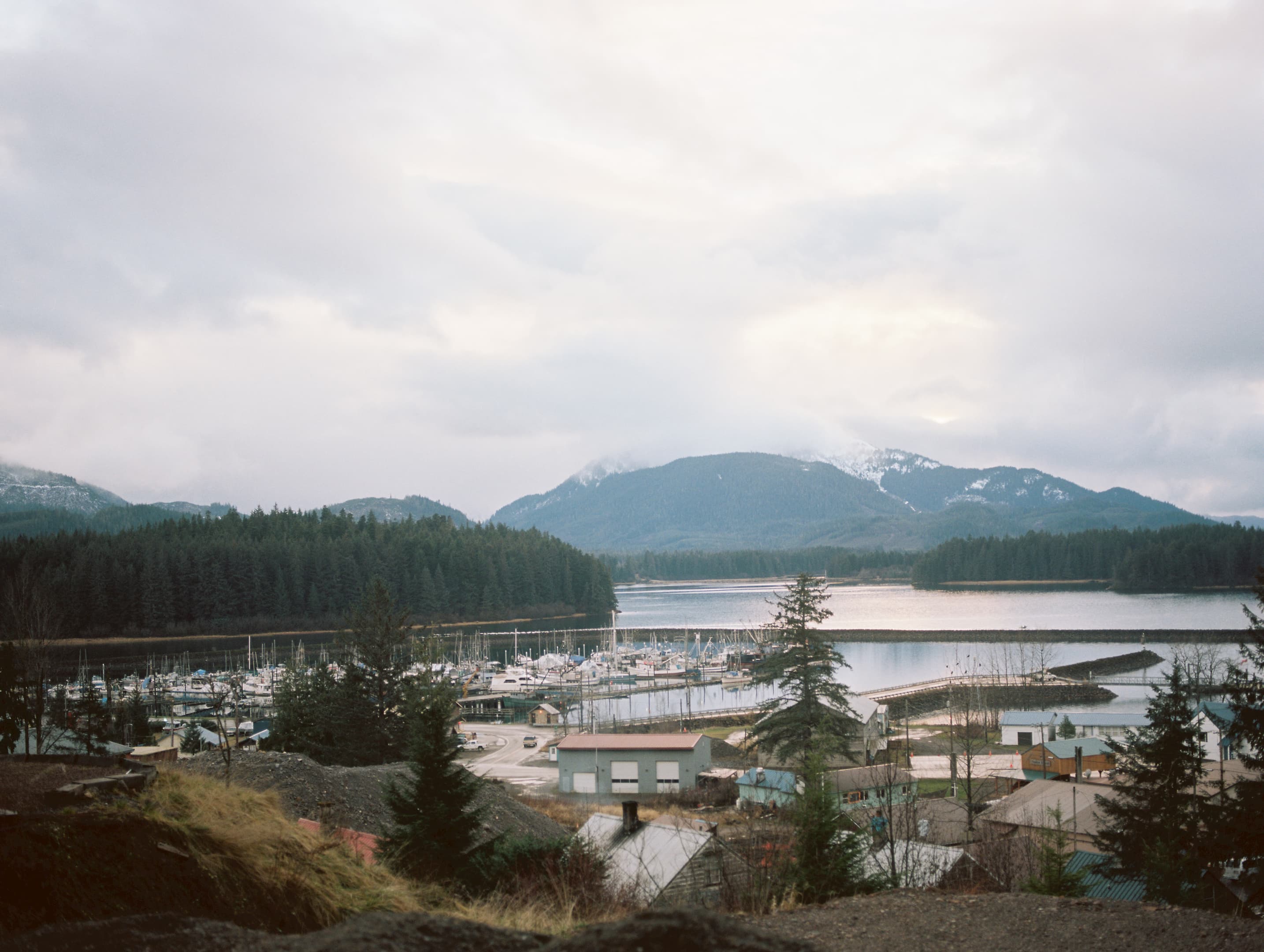 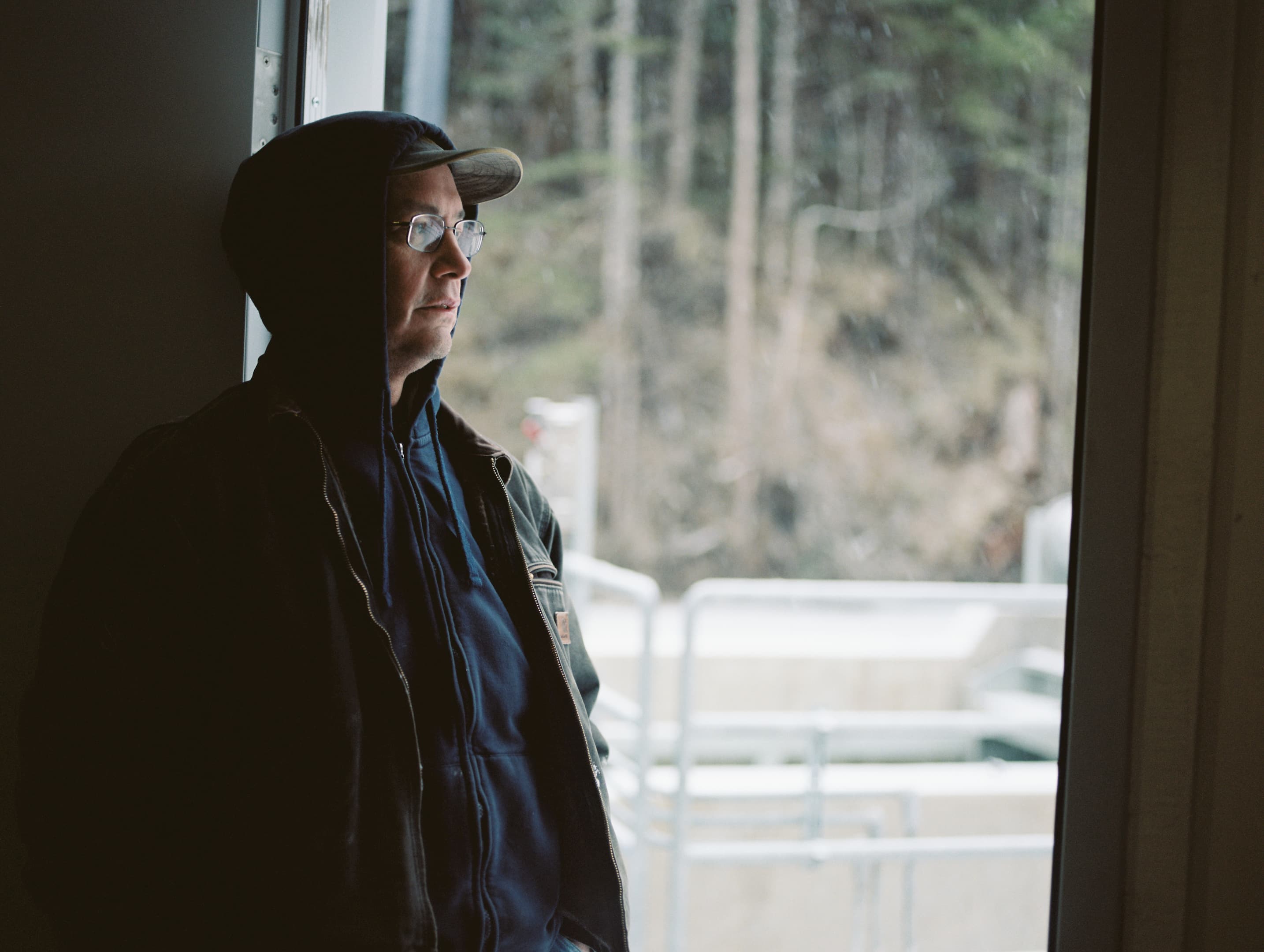 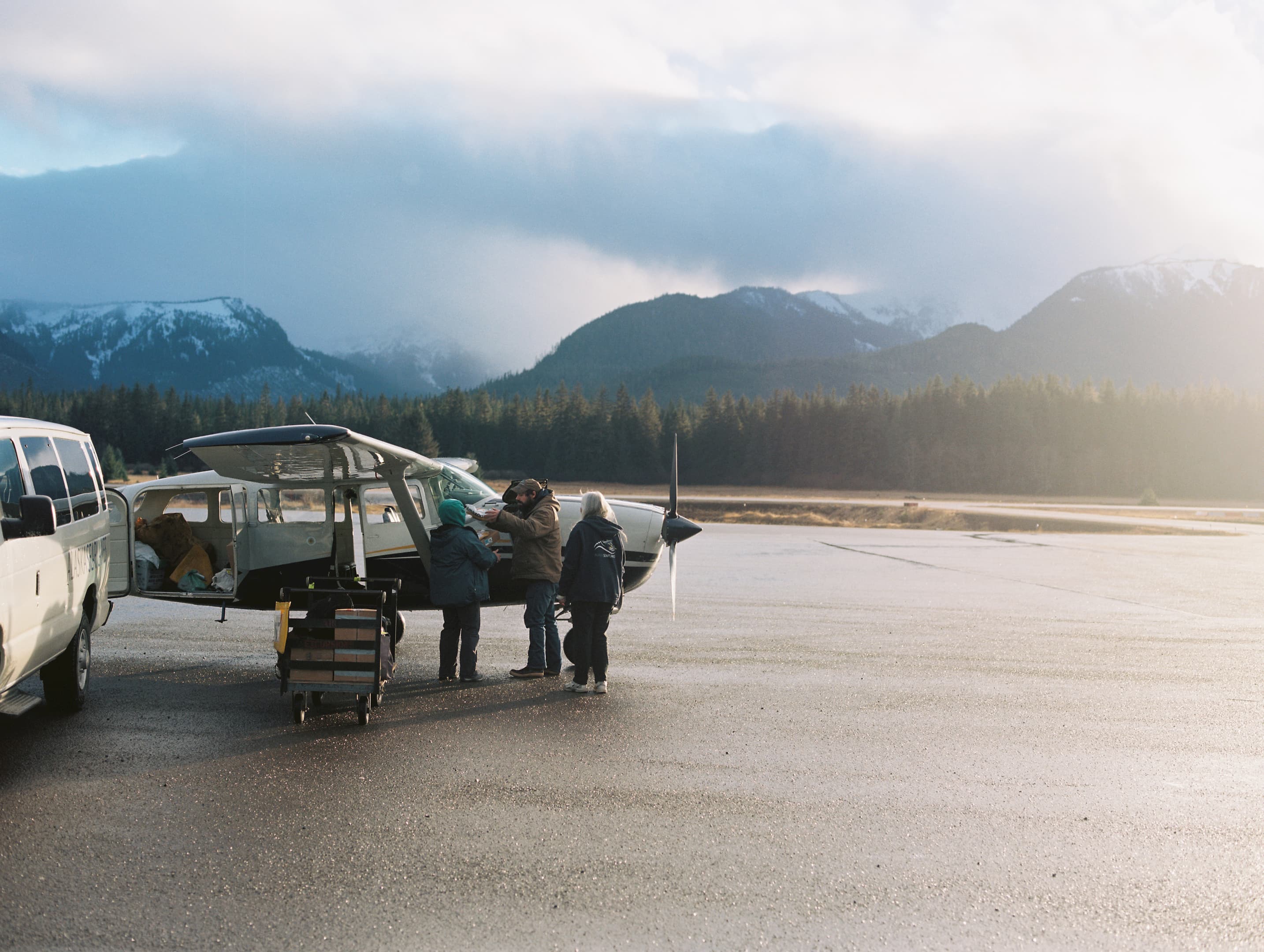 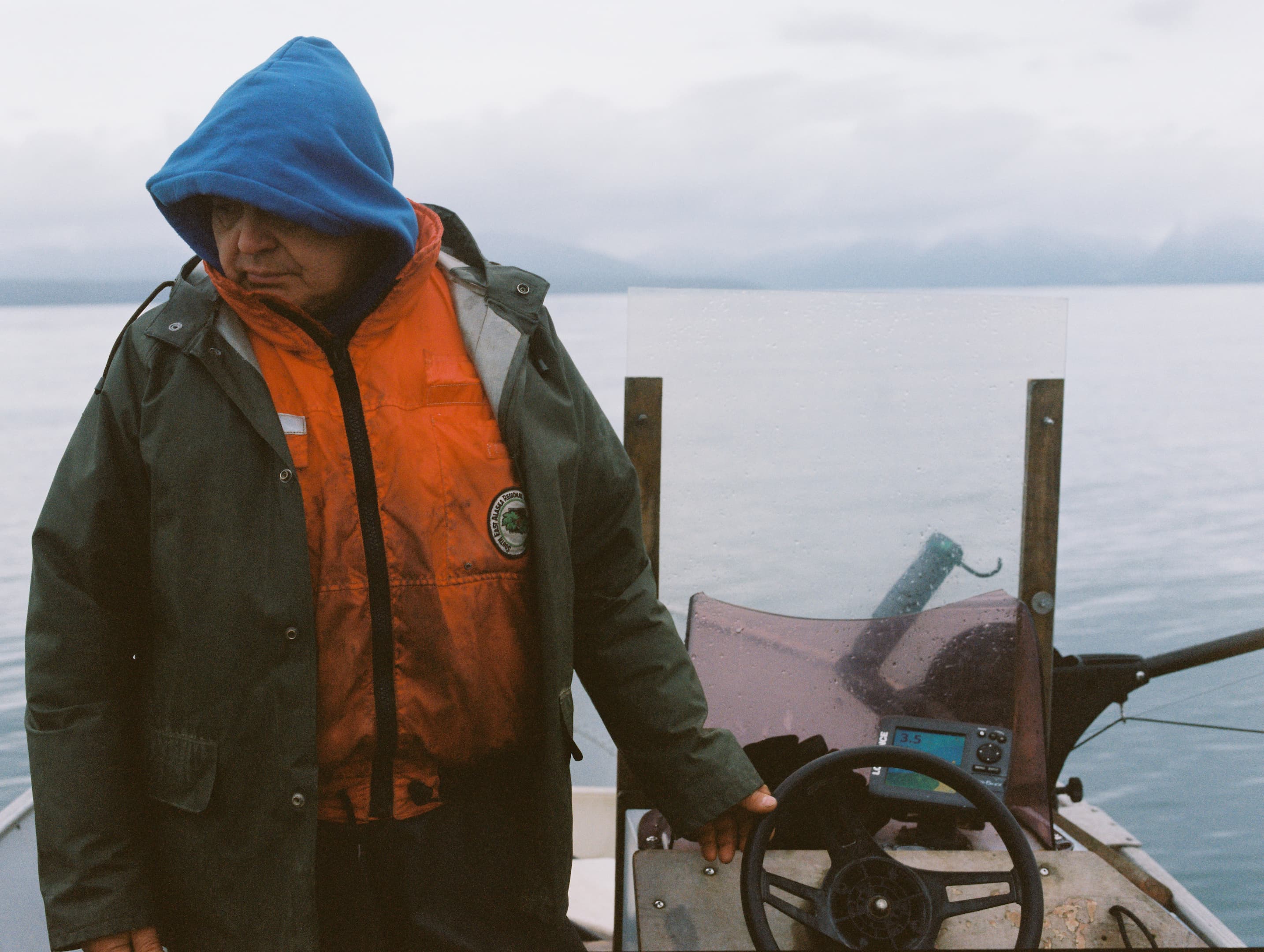 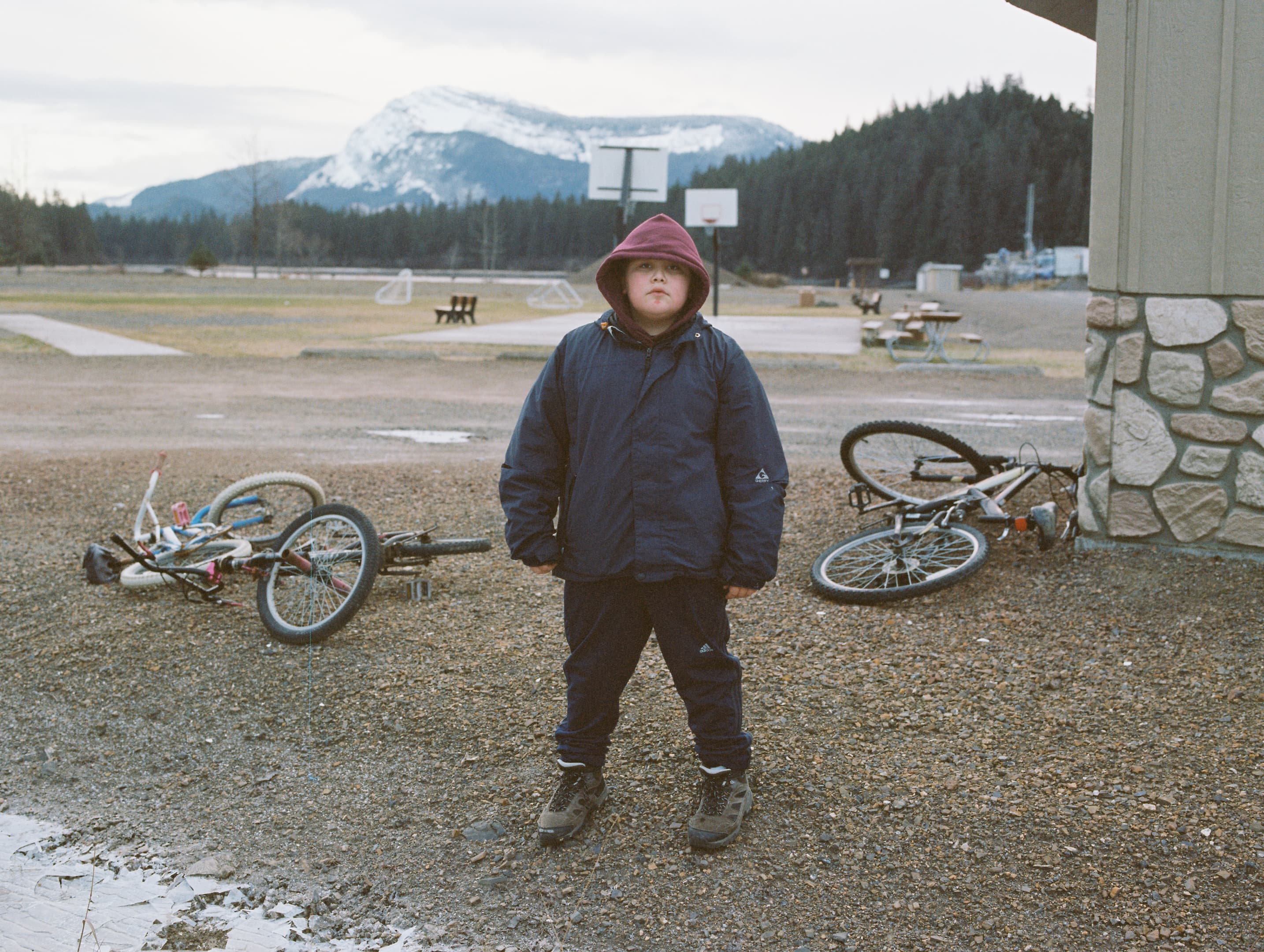 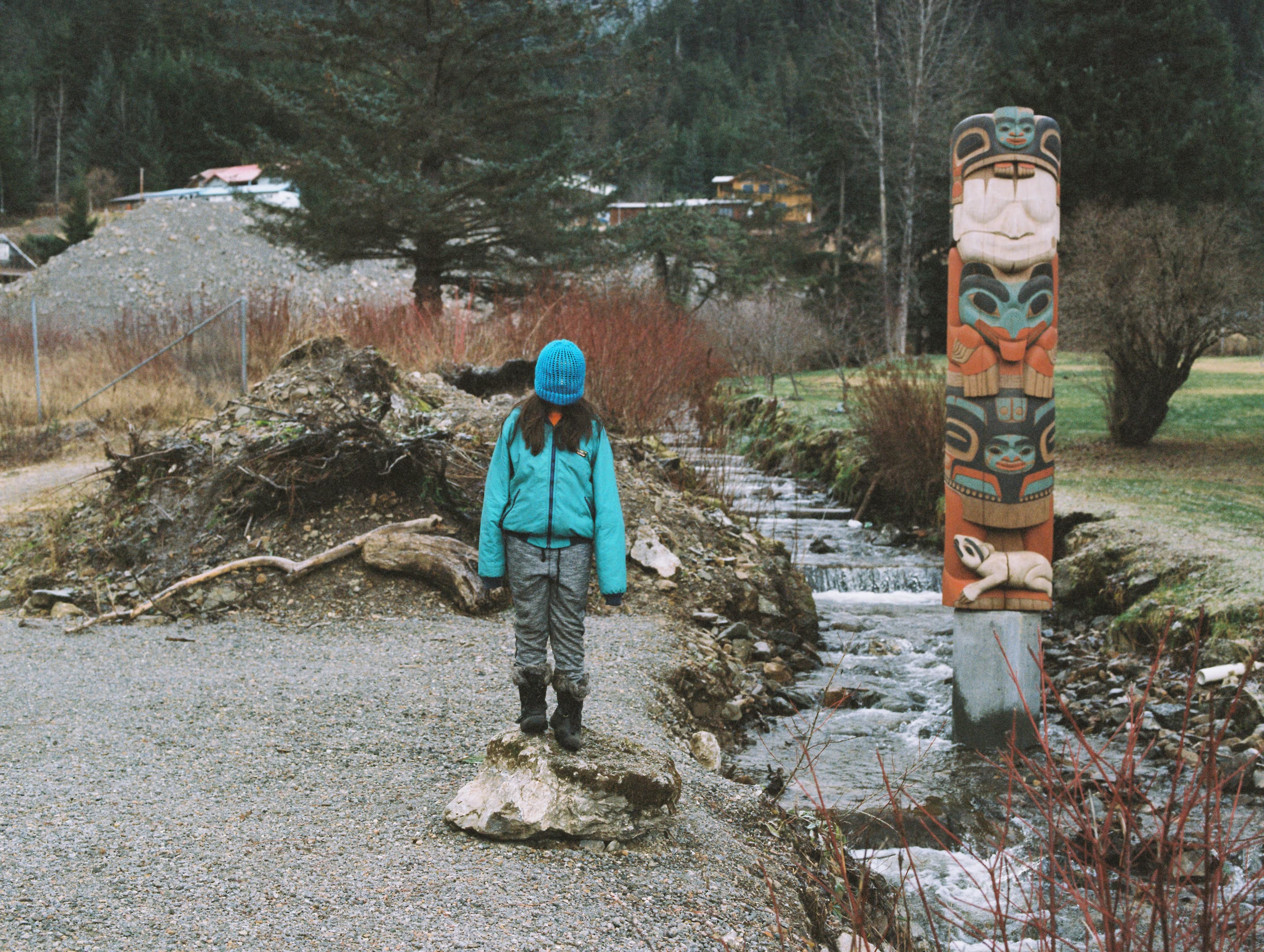