In the high alpine tundra of the Greater Yellowstone Ecosystem, along towering cliffs and rugged teeth of granite, perennial ice patches cover the landscape. These accumulations of windswept snow and ice have drawn in predator and prey alike, for millenium. They also drew in a different kind of hunter. Indigenous populations, subsistent and without border held tightly to an ancient way of life in high altitude ‘wintering sites’, carving out space to endure the cold. 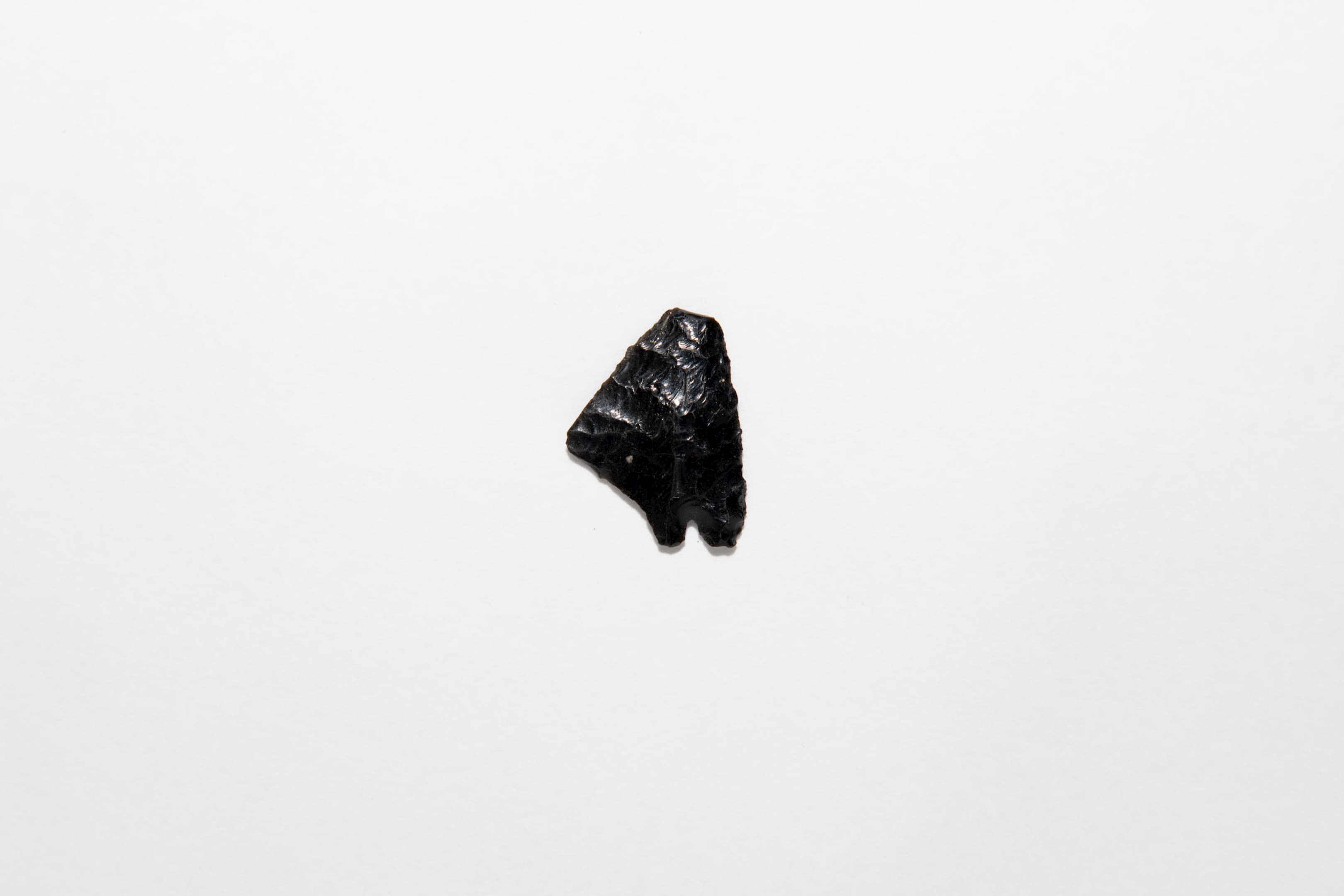 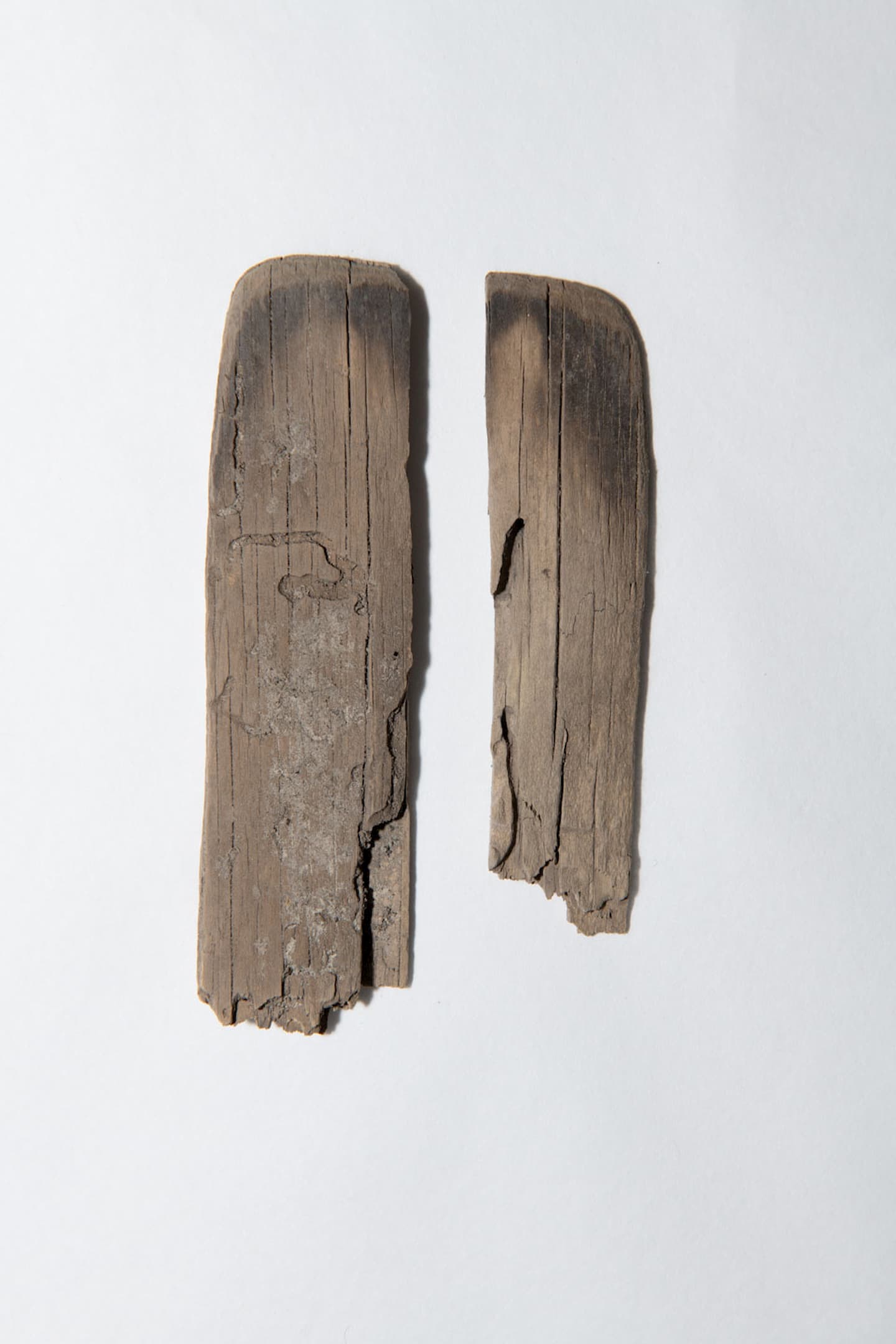 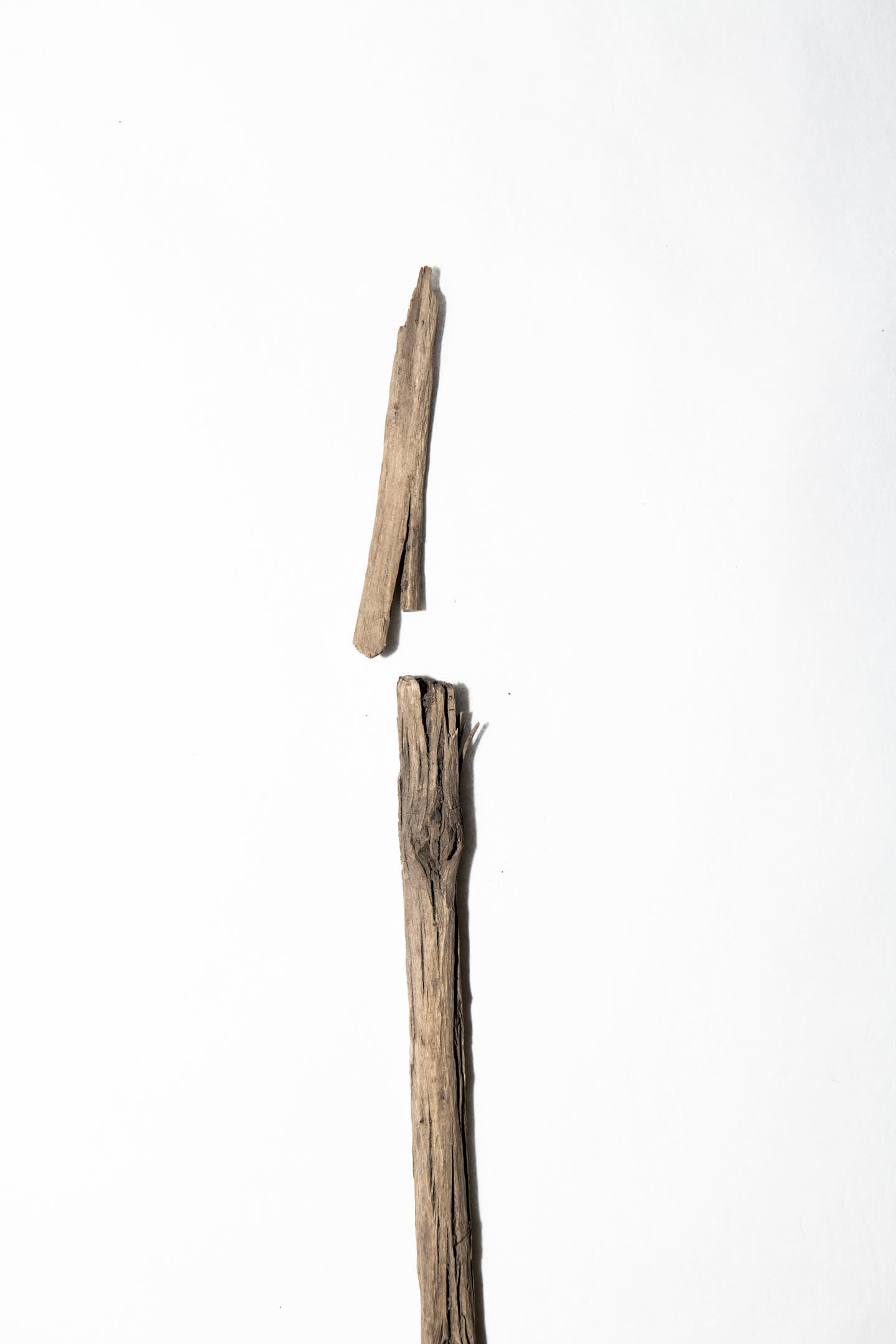 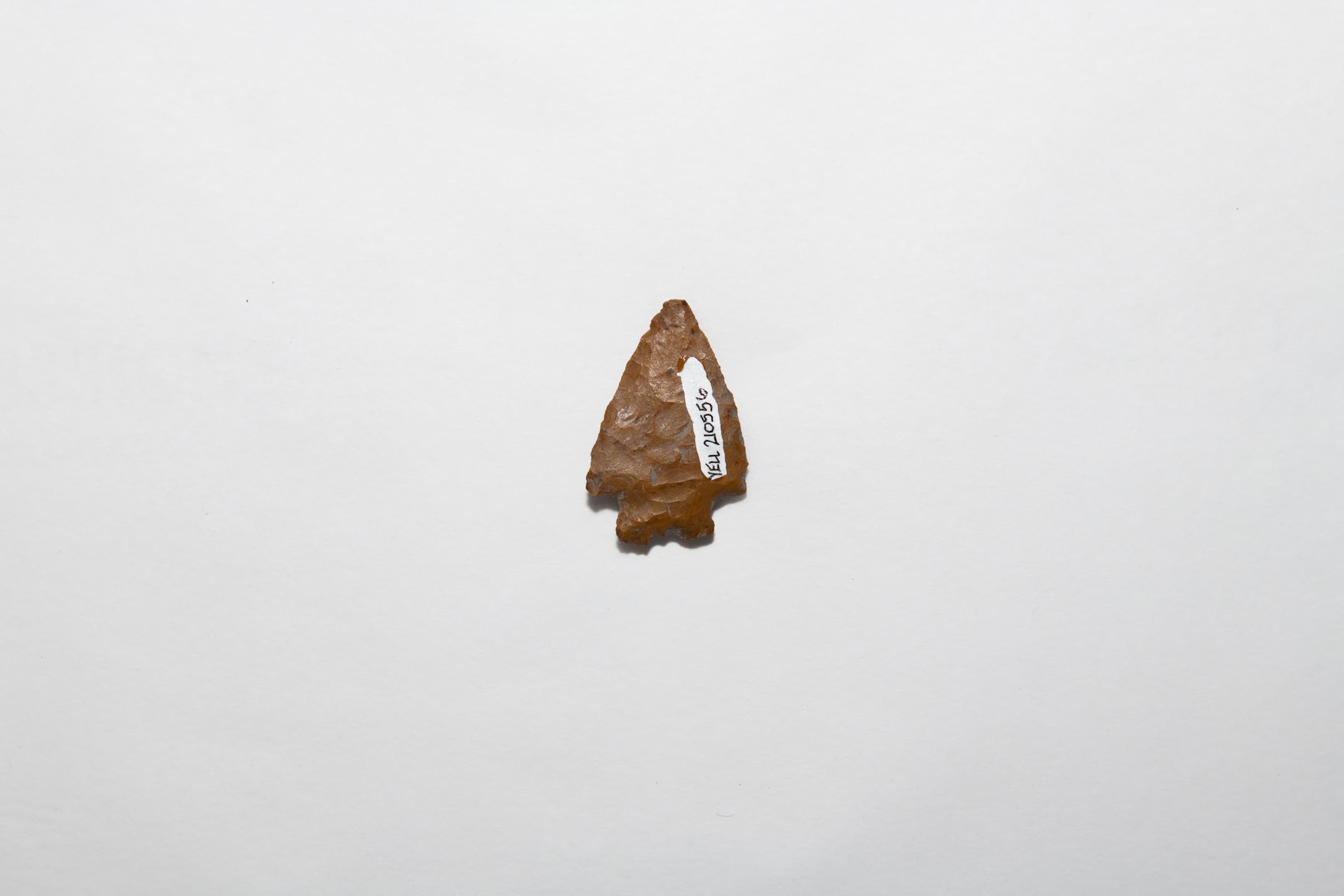 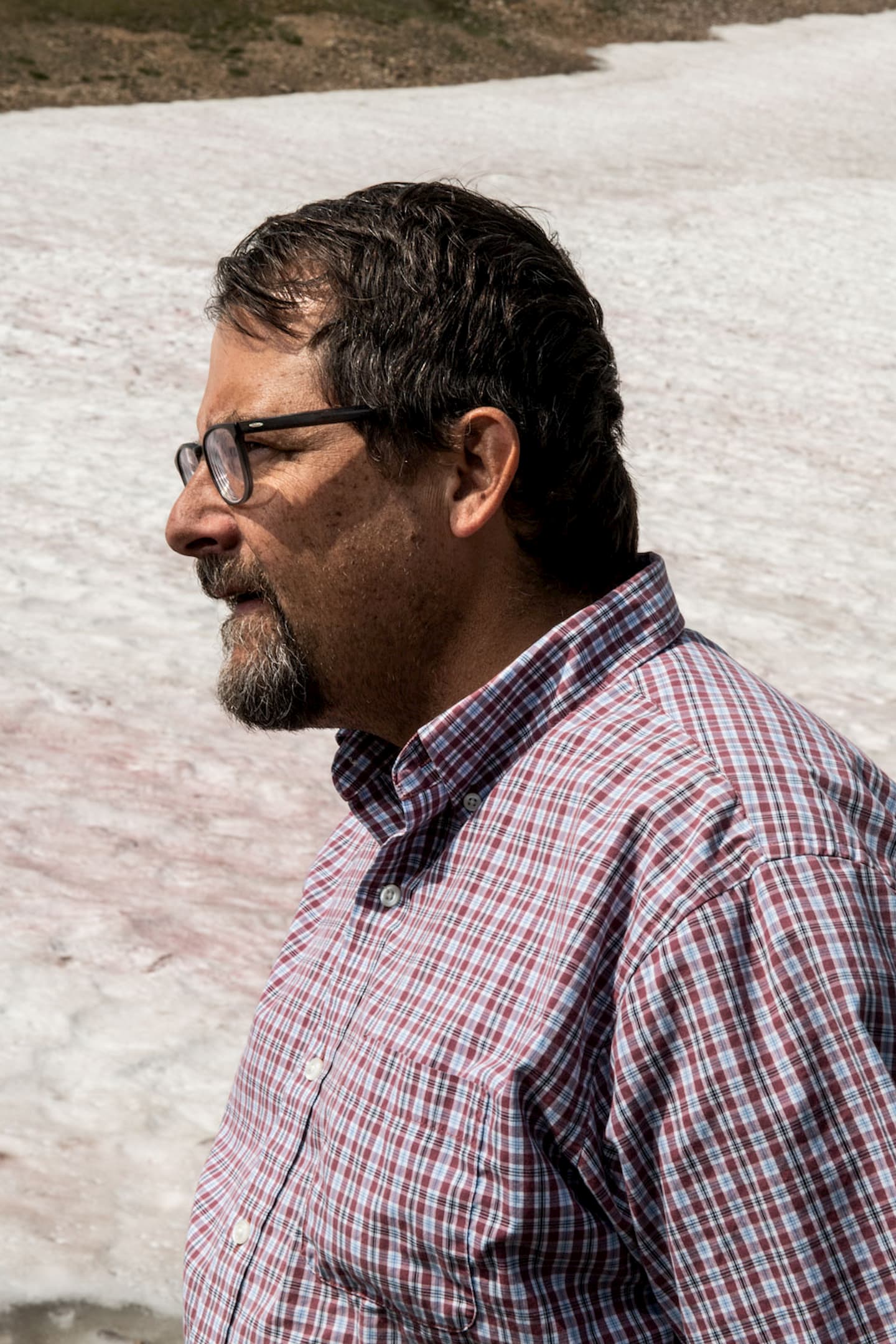 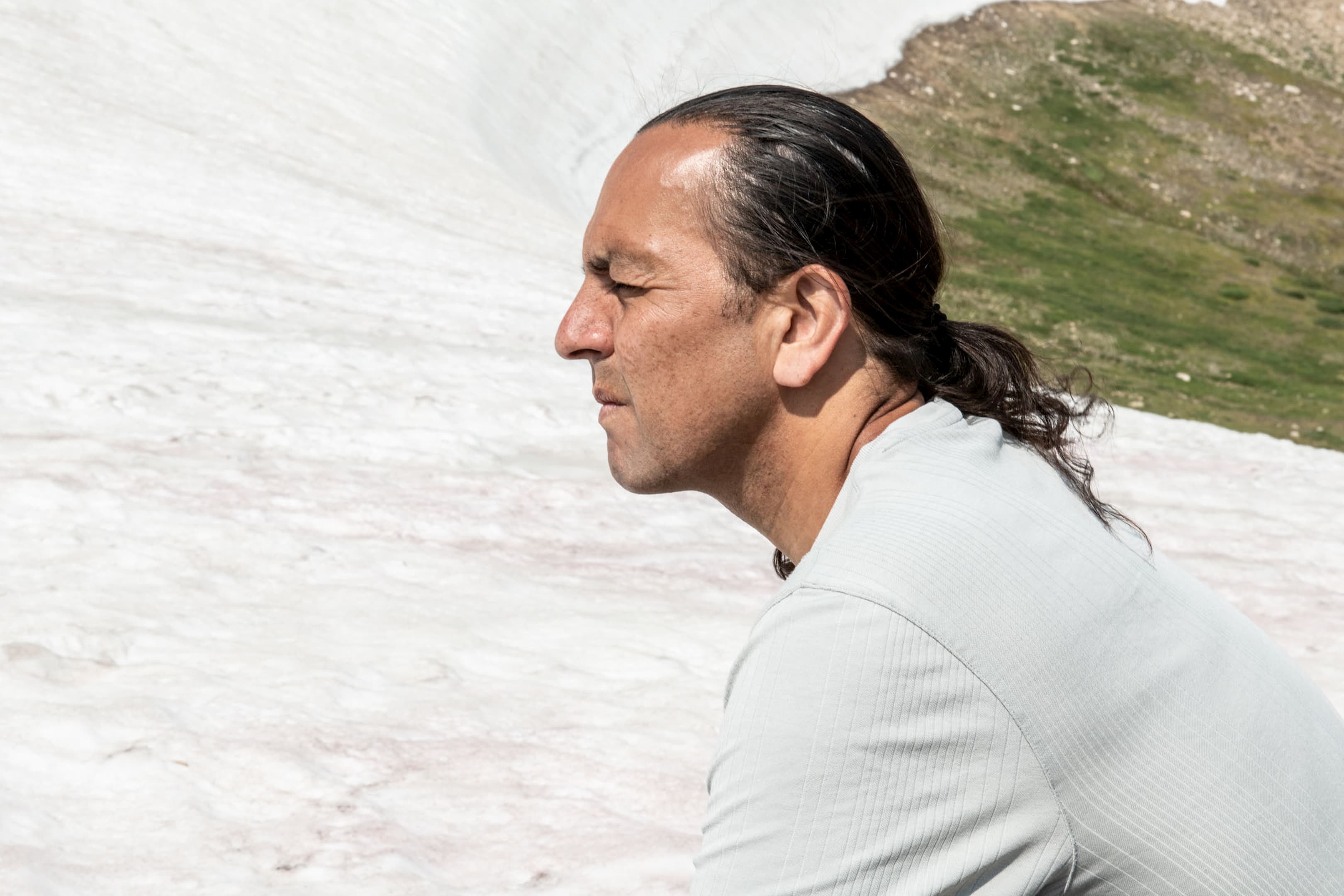 ANDREW STEIGER: With a rapidly changing climate, do you feel a sense of urgency to discover this material revealed by the melting ice?

CRAIG LEE: Yes and No. Yes in that loss is definitely occurring, but no in that I don’t think the rate of change is as great as I had once feared. Basically, some research sites / field locations– such as the one we visited together– have either grown (or at least not retreated) to the levels / extent that they did in the mid- 2000s. What that means I think is that there is more resiliency built into the system than we give it credit for, and consequently I think there’s hope that we still have time to engage with these features in a thoughtful manner.

AS: What happens to material that is revealed, but goes undiscovered?

SHANE DOYLE: Organic material that melts out of ancient ice patches decays and erodes very quickly. Their delicate nature after thousands of years in the ice makes them especially vulnerable to the weather at high altitude, intense sun, wind and water.

AS: Can you explain the significance of the scientific research community consulting with native american tribes?

SD: It’s very important because the project is studying artifacts left behind by contemporary Native people’s ancestors. They should know about the project and have an opportunity to contribute in some way even if it’s just an opinion. It’s significant because it’s showing respect to tribal communities and maintaining the new way of doing archaeology– collaboratively. Going back hundreds of years, the trust and cultural divide between the scientific community and the tribal community was monumental and everyone was worse off for it. These new relationships set the stage and continue to raise the bar for inclusion of a tribal perspective.

CML: I think all cultural material is part of the grand human story. To co-opt words used by one of my colleagues, Jason LaBelle, “all archaeology is local.” I believe that means it has separate, additional potency for local communities. In the case of North America, all of the ancient material archaeologists are interested in, was produced by Native American people. It is their directly related ancestral cultural material. To co-opt the words of another knowledgeable colleague, Francis Auld, a potential value for the tribes is that it can be used to help “preserve and sustain the living cultures.” To me, that requires involvement to give it meaning for the current and future generations. Archaeology provides a type of knowledge, but only tribal people can make it have meaning for their current and future generations in their societal context, and they can only do that if they know about it.

AS: It seems like common sense to build these partnerships and consultations, but why wasn’t
this always the case?

SD: I just think that tribal input and tribal partnerships weren’t really valued within the archaeological research agenda, historically speaking. But times have changed and research is becoming more and more inclusive of the native perspective.

CML: I think it can be a lack of resources for archaeologists in the private sector who are engaged in for-profit work with very strict rules and tight budgets. Heritage preservation isn’t exactly dripping with money. Higher up, at the federal level where most of the rules exist that cause archaeology to happen– there are very few staff and they aren’t encouraged to always acknowledge the realities / ownership of the cultural material they are working with. Archaeologists need to share more power with Native people so that Native people have more autonomy over their cultural materials. With power sharing there are more opportunities for meaningful dialogue. As far as tribal groups, I think its easy to fall back on the trope about archaeologists that holds on to some of the bad and very awkward things that some archaeologists did in the past, e.g., grave robbing. I think it is possible and desirable to have archaeologists step up and advocate for Native peoples and their cultures. As misguided as grave digging was, they were still interested in tribal people’s actual culture, which is a far bit more than can be said of most of society at that time.

AS: What sort of value does this ‘data sharing’ and discovered material provide to tribes?

SD: It allows people to gain a greater and more accurate understanding of tribal history and culture, and that is in the tribes best interests. These are some of the most important items ever found to inform us about ancient Native Americans and their presence in the high mountain plateau country. These artifacts are really incomparable pieces of data from the perspective of their age and unique area that they’re located in.

AS: How has tribal consultation informed the scientific process?

CML: In the day-to-day process its caused me to be more mindful of what I am doing and to try to make at least semi-rational decisions about what to leave in and what to take out and to try and identify with whom to share the information.

AS: Spirituality, prayer and oral traditions are important parts of Native American culture– how can those values coexist within the models and structures of science?

SD: I believe that the spiritual and the ceremonial aspects of tribal culture can certainly co-exist in the scientific realm. These important facets of tribal culture can and should complement and strengthen the scientific methods utilized by researchers in the recovery process. Not every researcher needs to be a medicine man and not every medicine man needs to be a scientist, but a common respect and a sense of mutual deference should inform how the research process moves forward. Creating a sacred space within the research process is key to establishing a ceremonial approach to the research. This can be achieved through prayer and a respectful approach to the overall environment, the snow, ice and sacred artifacts. I believe their age has made them sacred and they should be regarded in that vein.

AS: What is the best way to support this work moving forward?

CML: It’s one thing for underfunded but highly motivated archaeologists to
want to try and engage with tribal people, but it’s another thing altogether to expect tribal folks who are busy with their own lives to give up their time to engage with a project. We need to be sure to make it worth their while, be that through honoraria and travel support, or better yet fully funded and empowered positions on projects.

SD: I think continued educational work, curriculum, videos, articles, Facebook, Twitter, Instagram, anything and everything to get the word out to the public so that they benefit from the findings as well by learning about them and being empowered by that knowledge. ⬩